After exploring Main Duck Island, we set out for Sackets Harbour, NY. It was about a 3 hour leisurely cruise, Roxane caught up on some sleep from the night passage the evening before.

Sea Wolf arrived at about 4:30pm, they were pretty tired from travelling all day in the heat of the day. Roxane and I wanted to enjoy a nice dinner out without the kids. Sea Wolf, was exhausted, and decided not to join us this evening. I reminded them, how he asked, aren’t you tired from travelling all night, how can you function the next day. Well as I mentioned before, travelling at night is easy, and relaxing, especially with the kids sleeping. Roxane and I both get about 4-5 hours sleep over night, and a couple hours of rest upon arrival, and then we are fresh the rest of the day. Where as travelling all day in the heat, and then arriving, all you want to do is go to sleep. – So I maintain this as an ideal way of travel especially if time is an issue. We don’t waste any valuable days travelling.

Roxane and I enjoyed ” Tin Pan Galley!” Officially our new favorite restaurant of all time – Tin Pan Galley in Sackets harbour. We ate dinner there two nights in a row, along with the couple from Sea Wolf,  Ivan & Natasha who joined us the next evening. We decided to stay another night, and since everything was superb the night before! We decided to enjoy Tin Pan Galley a second time.

I asked where the Chef was from,I was told that he was a local. I asked where he learned to cook, apparently from the guitar, trumpet, keyboard and harmonica player on stage, who is actually the head chef and the owner!

We had extra time, since we were still waiting on the 3rd boat caught in a storm in Cobourg. They could not get off the wall, the East wind was pounding and had them pinned against the wall for two nights. Their mooring line was shredded, and they had to go out and purchase new mooring lines and anti chaf protection.

Our next stop was St. Vincent where we were hoping to rendezvous with Fortune’s Favour. 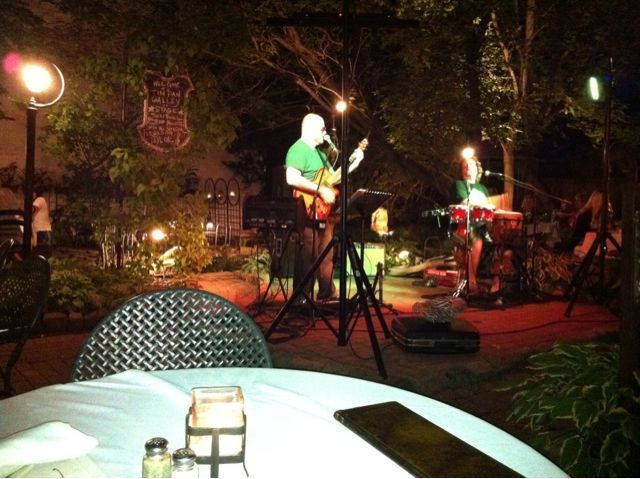 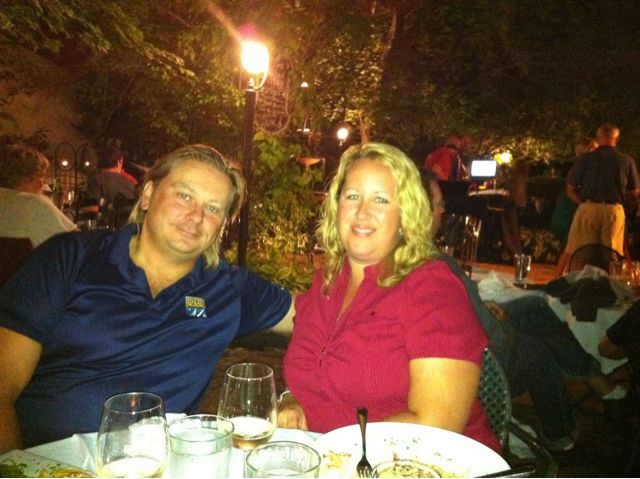 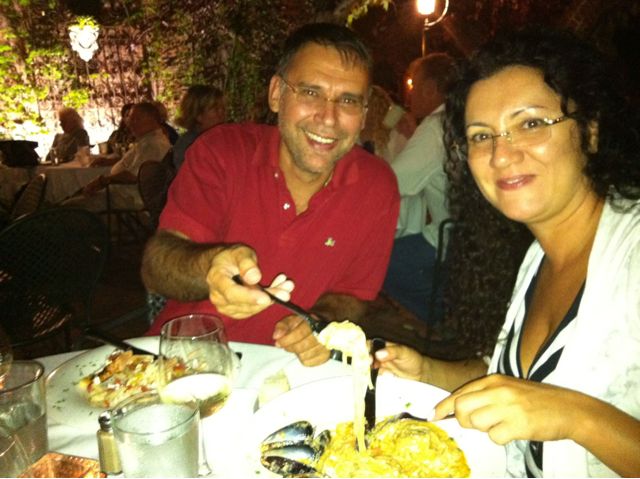 This town was made famous from various American wars, including the war of 1812, which the American’s really don’t know the history of. They delacared war on the British loyalists, tried to take more land, but lost to what is now Canada. They were pushed back, and almost lost ground in New York State. Their local history only says, they defended their land against the enemy. 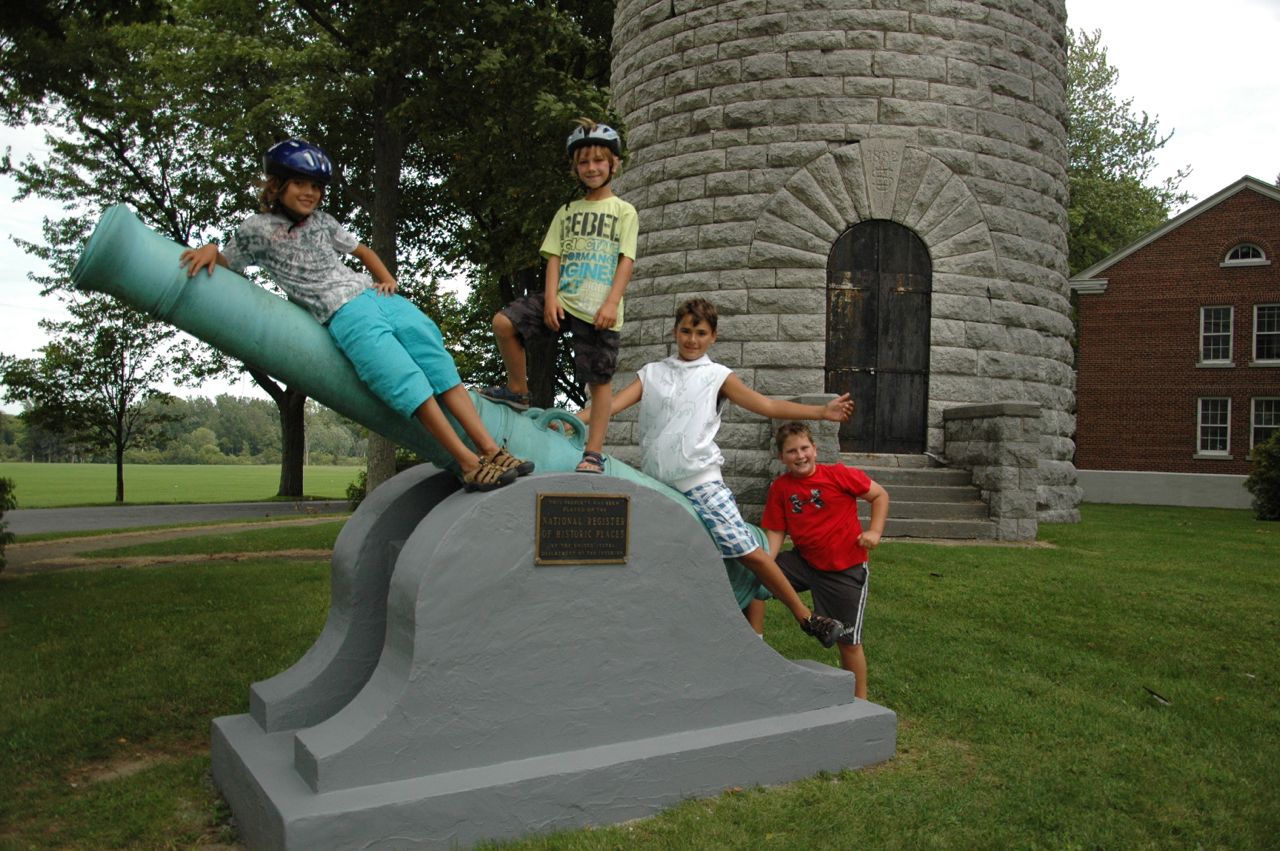 17th Century Canon made in France for the British Navy? In the US? Could it be? 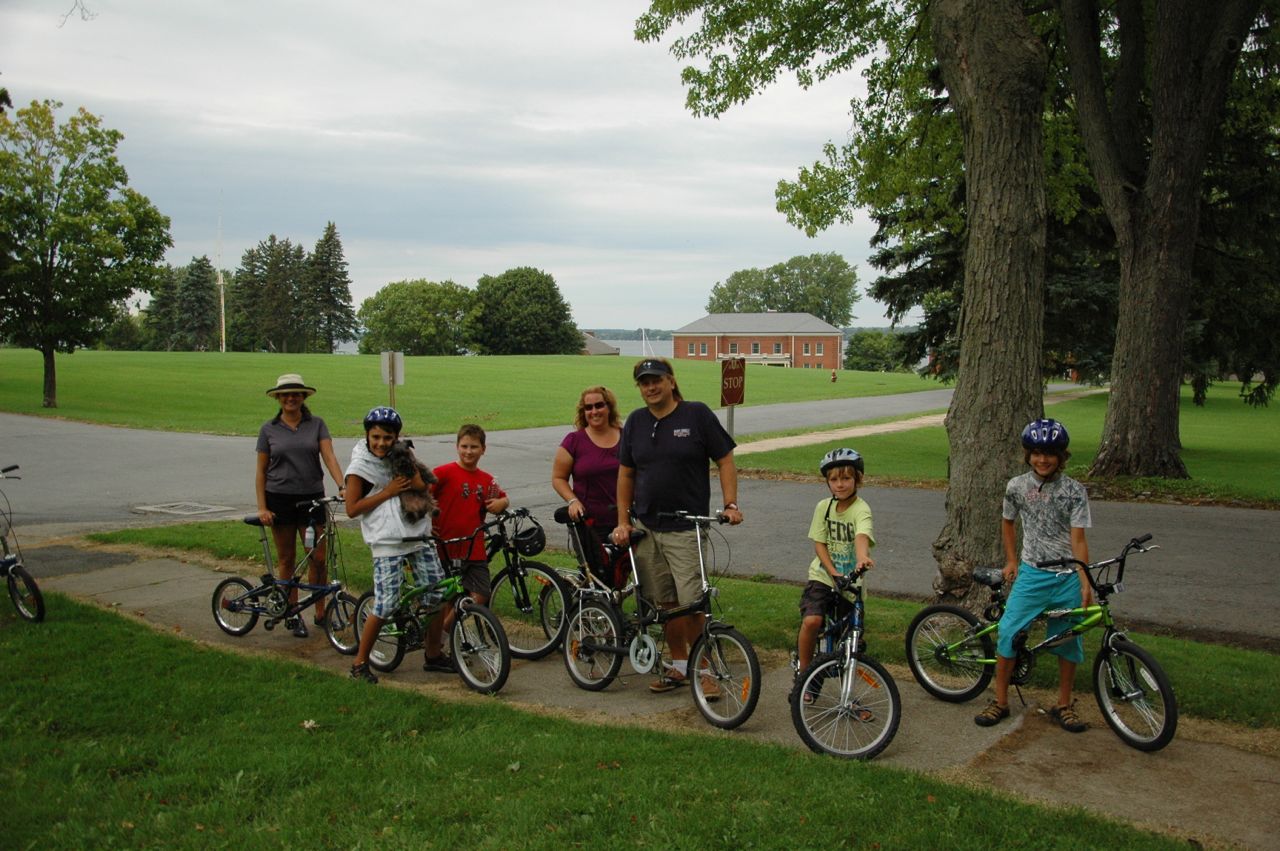 We brought 8 bikes on the trip between the two boats! We are able to fit two adult bikes in the cock pit lockers, and two kids bikes on the rail. 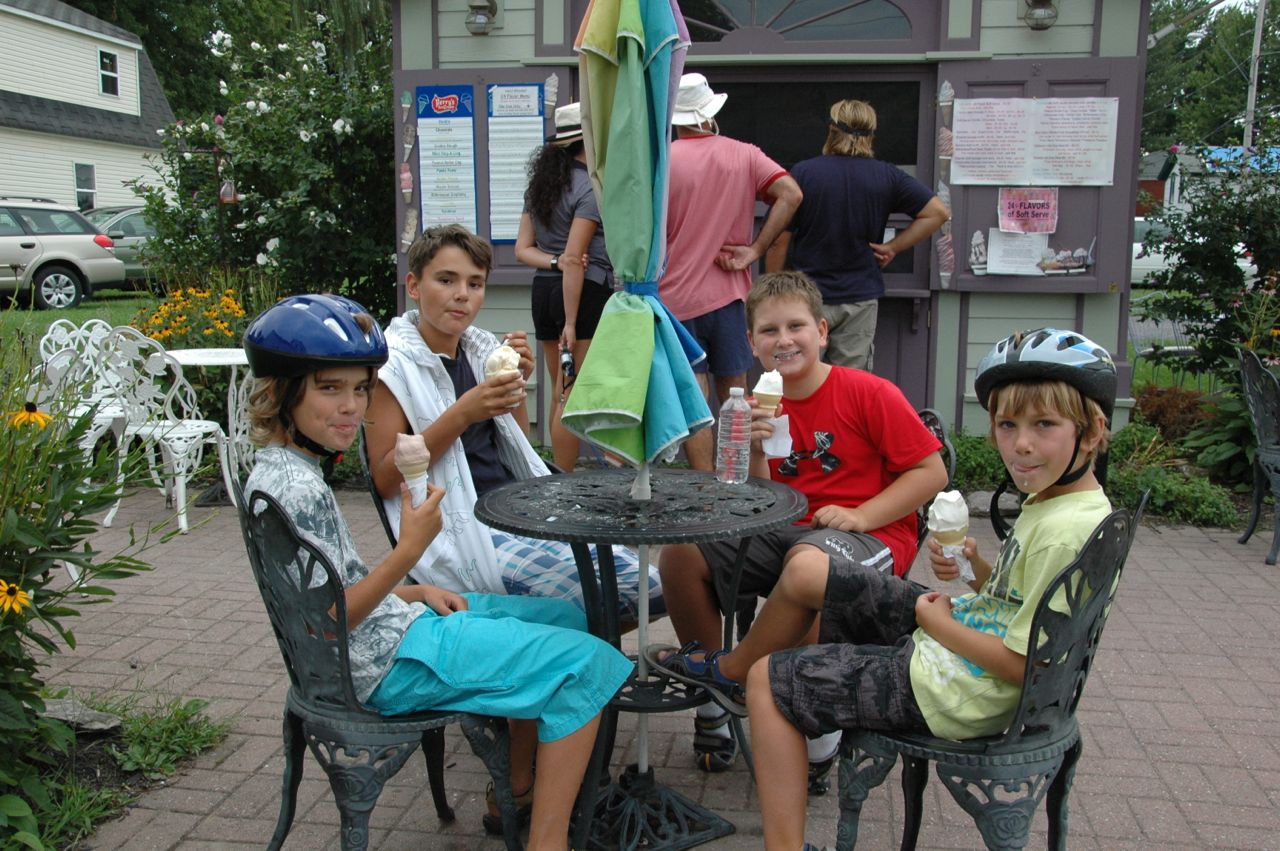 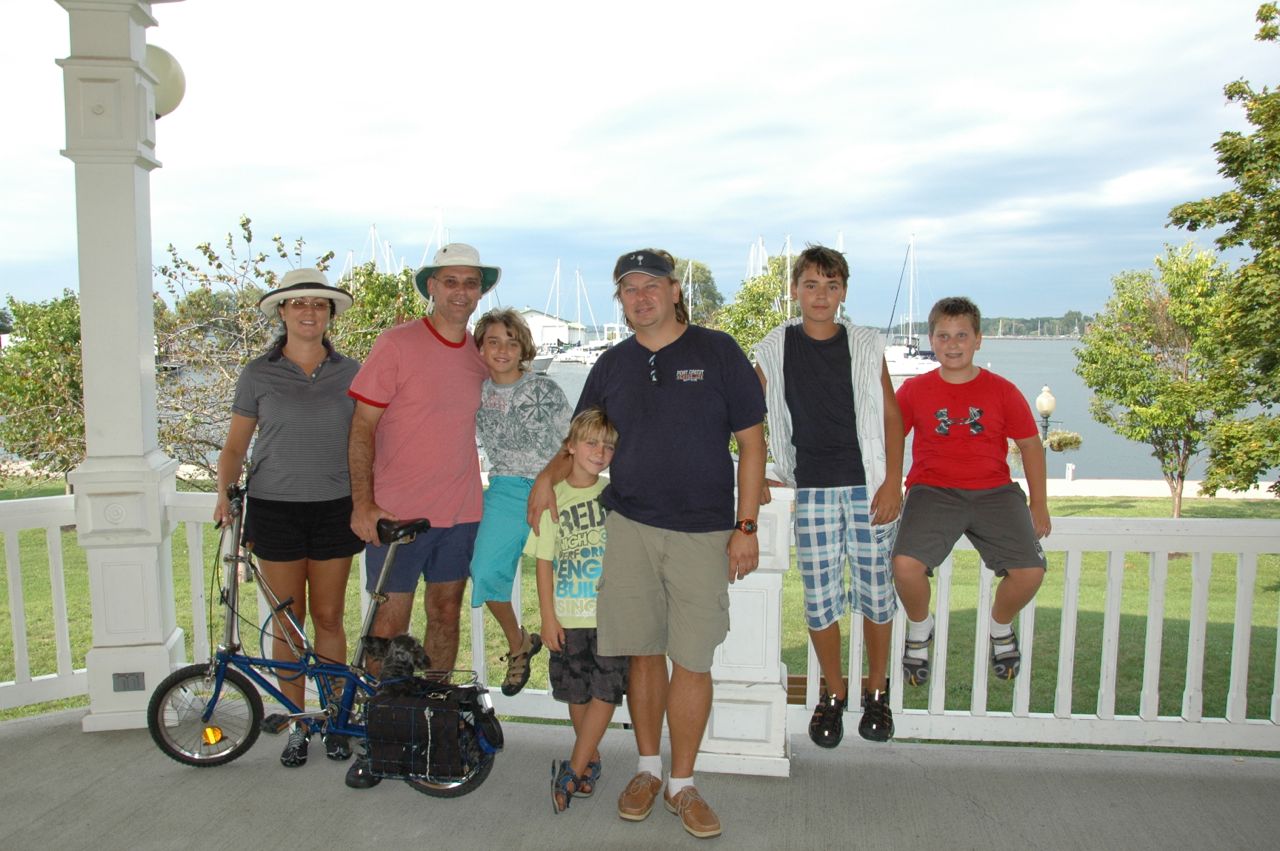 The Vulicevic & The Radonic Family at Sackets Harbor.

The next morning we buddy sailed to Cape Vincent! We sailed the whole way, all sails flying, was an amazing afternoon, arrived in 4 hours. There we had dinner at Captain Jack’s, don’t recommend it. Then our other friends arrived, Paul & Sandra Benninger on Fortune’s Favour. We are now travelling with three boat’s