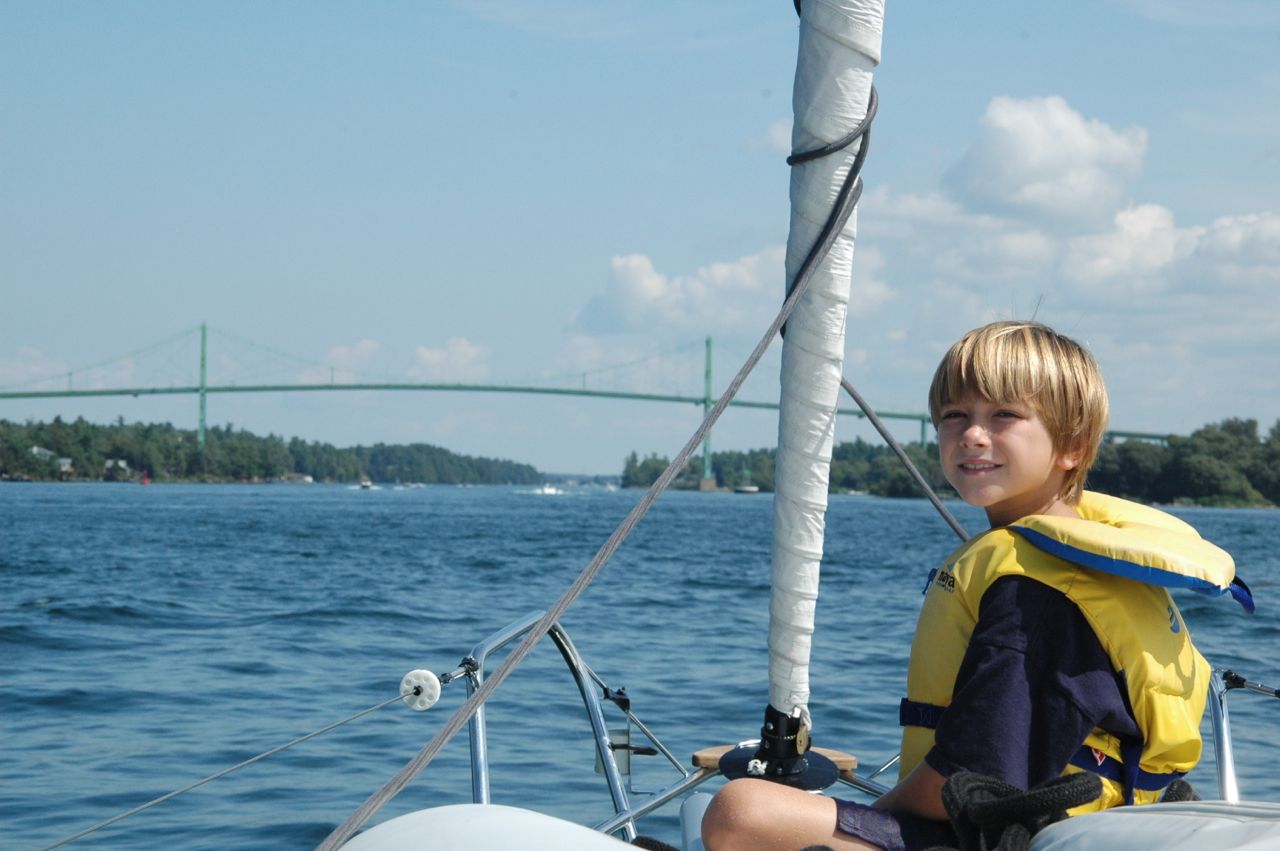 Going under a 157 foot bridge in the Thousand Islands.

The St. Lawrence Seaway was even busier than we thought it might be. – But more so with recreational power boaters. They were more of nuisance than the large container ships. In the St. Lawrence Seaway around the Thousand Islands, the container ships seem to slow down considerably, and reduce their wake to a very manageable level. Where as the power boaters are going full throttle in every direction, tossing up the seas to 3-4 feet in some areas, especially around Alexandria Bay. At about the dinner hour the traffic drops considerably, and the wake almost died completely. 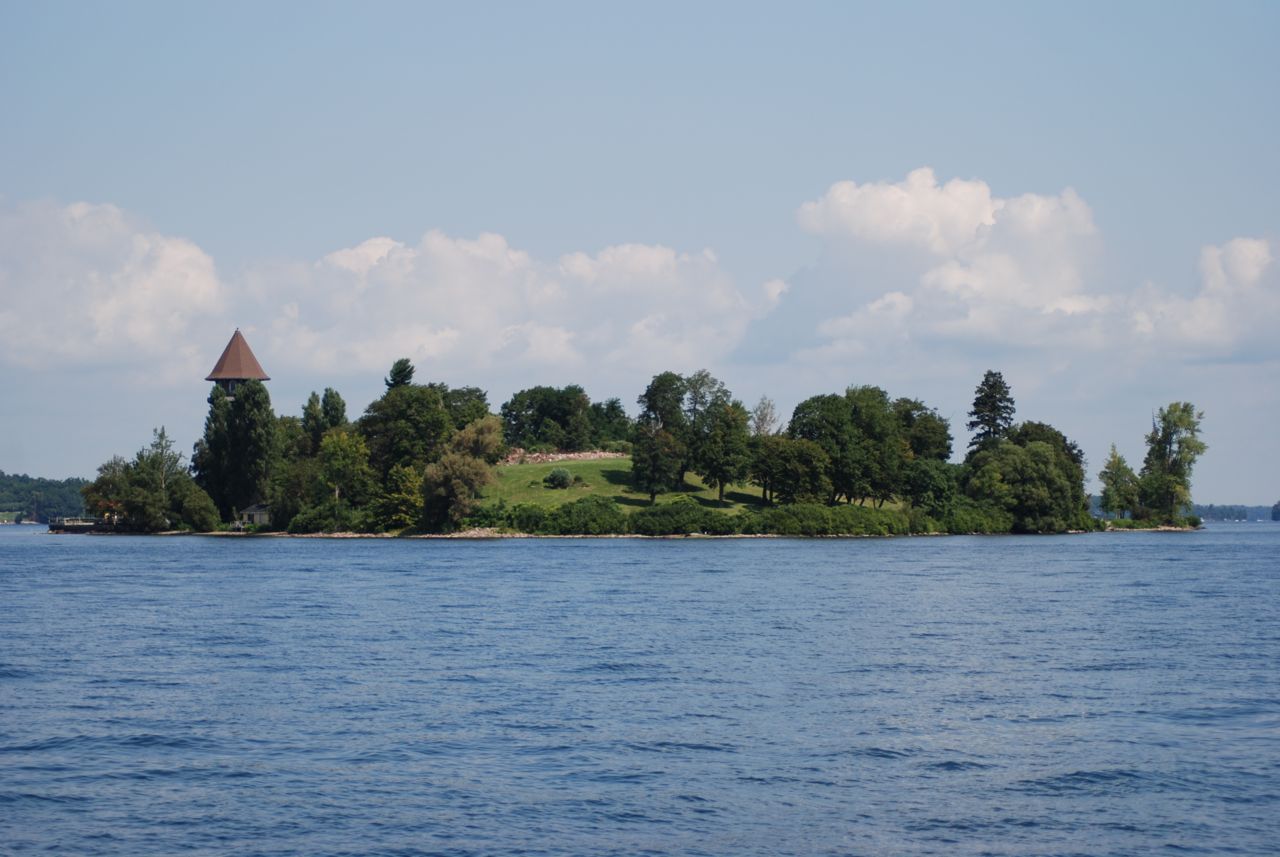 There are many islands like this with fancy homes and cottages.

On the US side of the Thousand Islands, there seem to be a lot of these types of little islands, but they are occupied with large mansions and cottages. On the Canadian side, it seems to be more natural, and many Provincial Park islands, you can anchor on and explore. 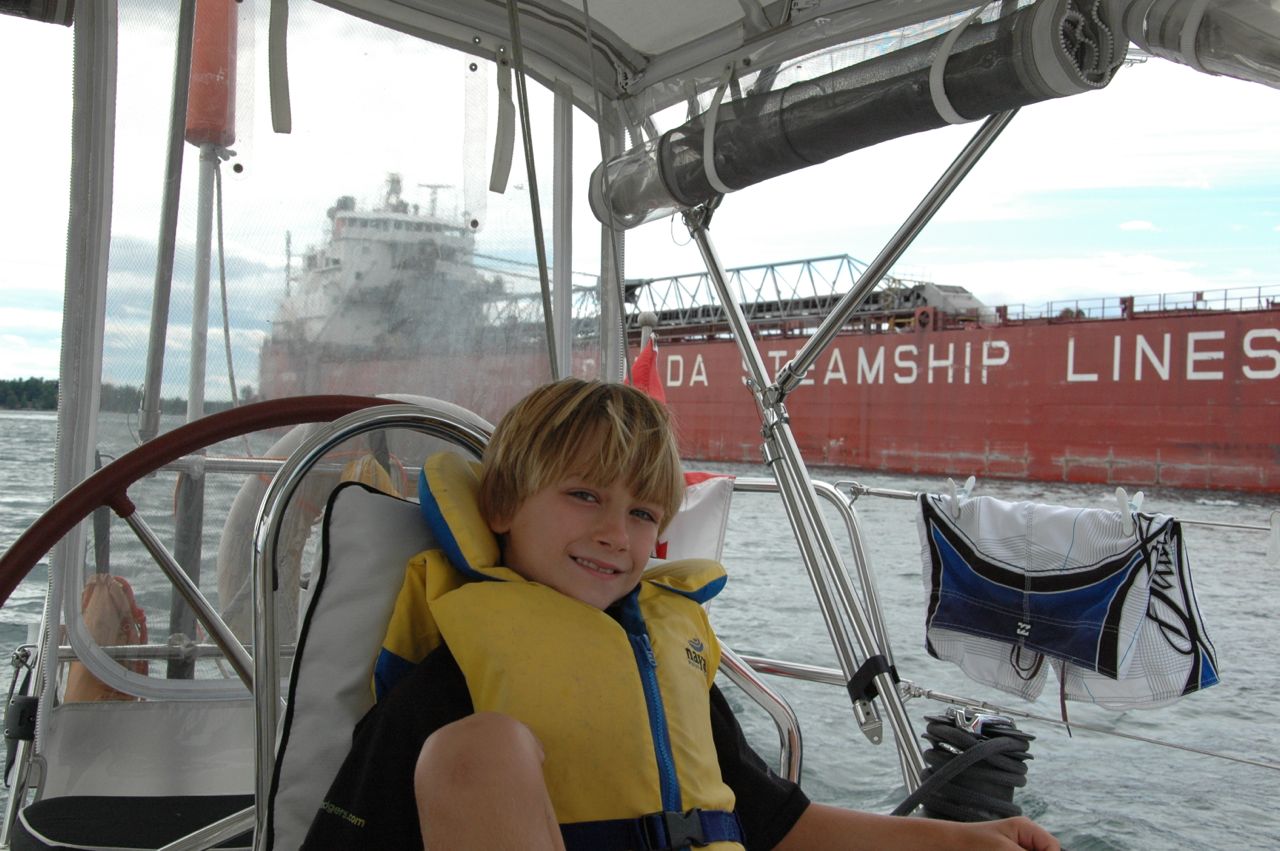 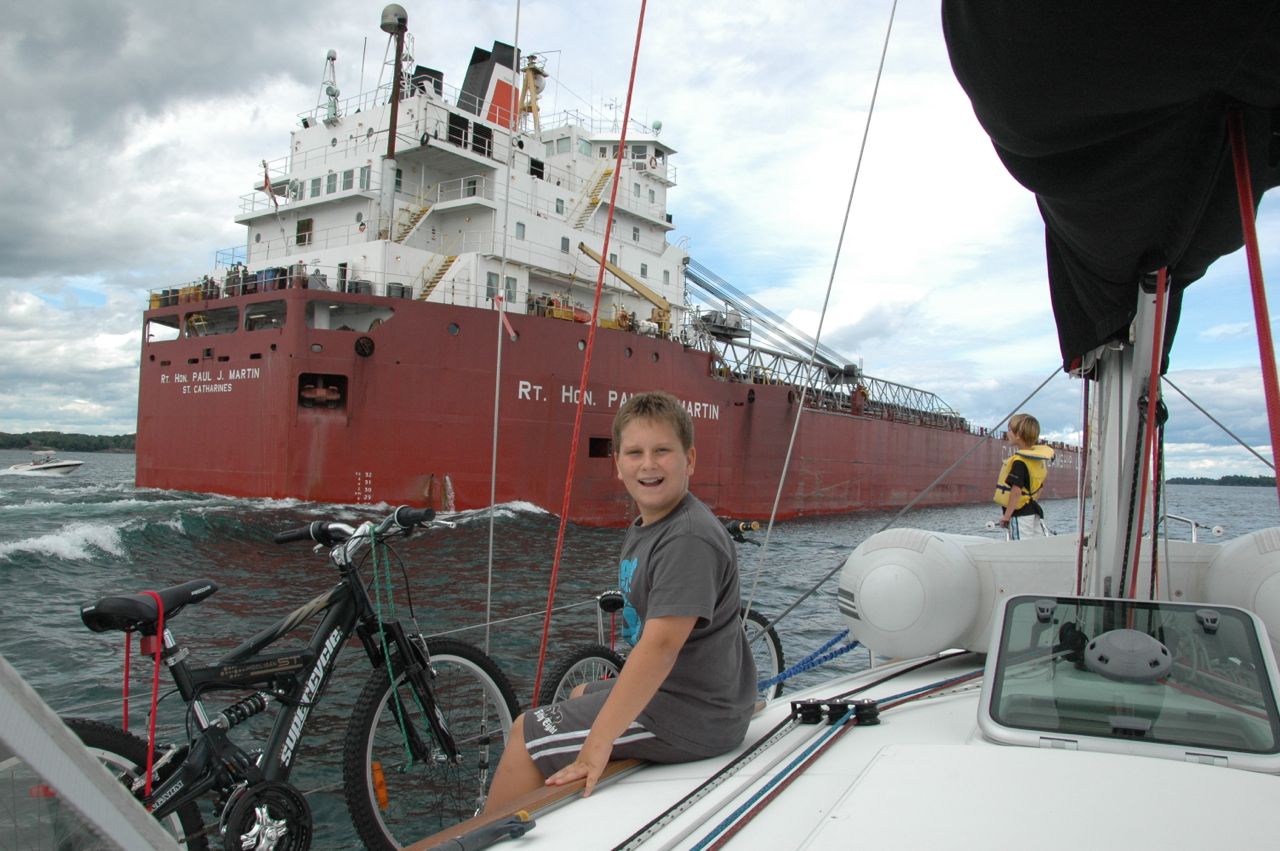 Exciting Containership passing us on the Seaway.

This is one of the longest container ships we have ever seen. Seems like it was at least a 1000 feet. 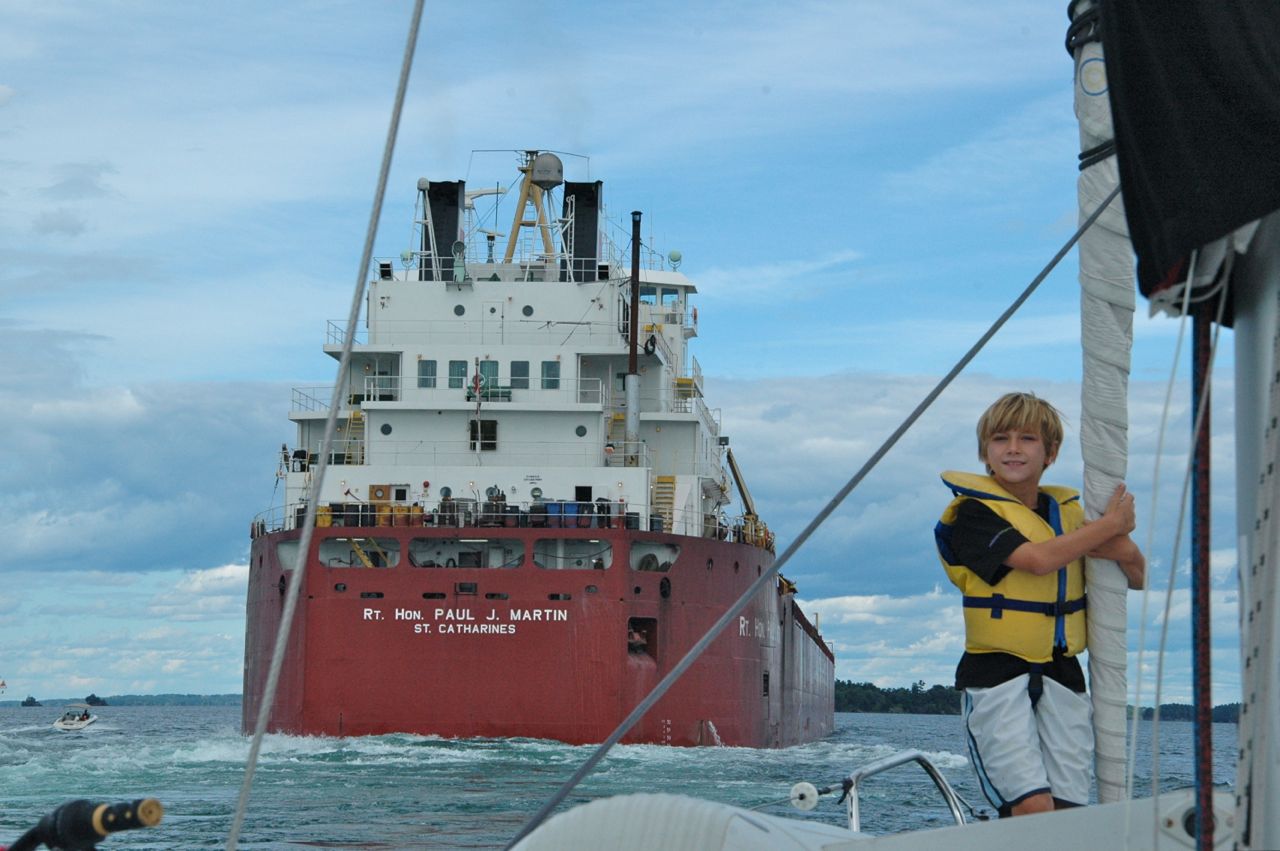 Right behind the boat at one point. But did not feel the current from the props, due to the slow speed they travel at in Alexandria Bay.

This is the closest we have come to one of these ships. They slow down a lot in these tight waters, and it is safe to come very close to them. 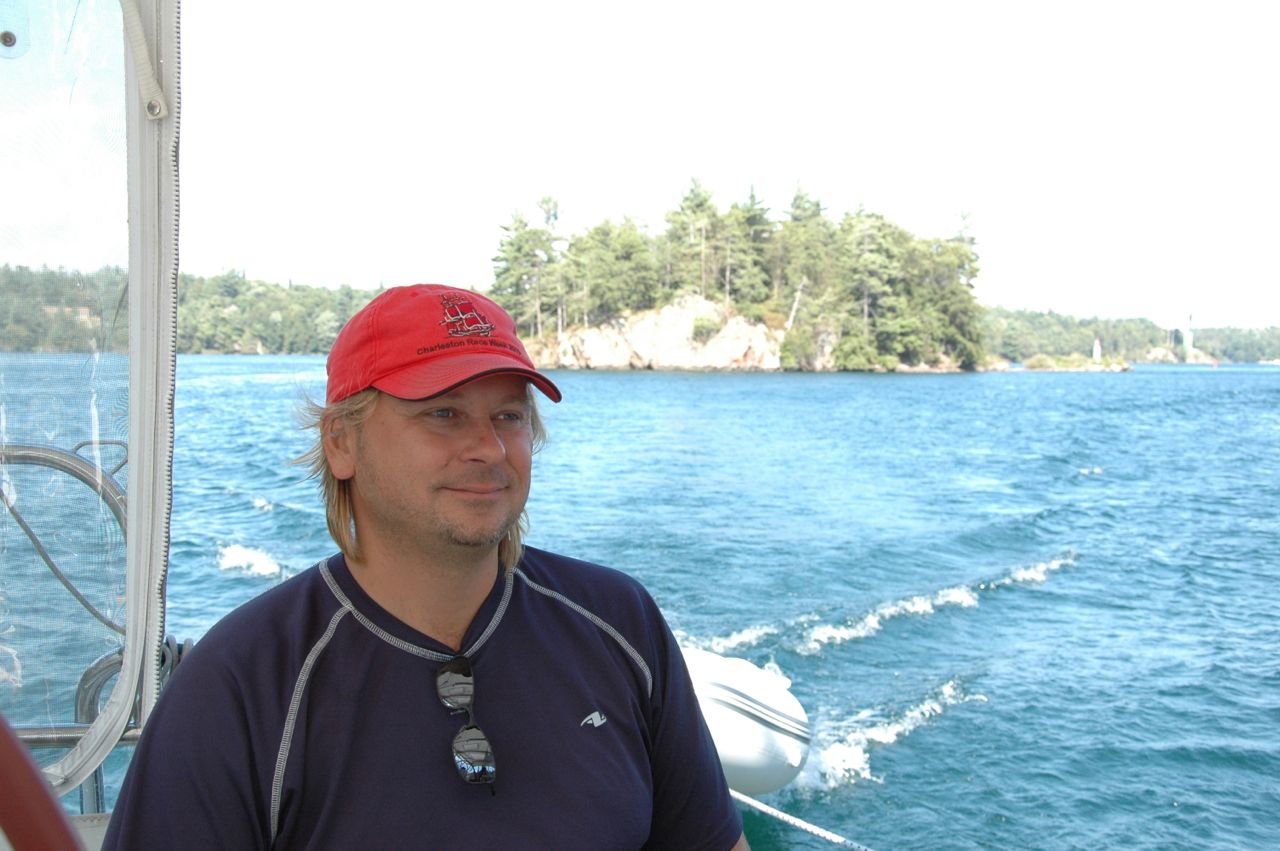