Diamond Girls, is an all female racing crew comprised, of women of the Port Credit Yacht Club. Some own boats with their husbands, some don’t, some have sailed, some have never sailed. But they have come together here with a common interest in sailing, and learning to race. Ed & Roxane Radonic on their boat, Black Diamond, a Jeanneau 39i Performance, have taken it upon themselves to provide them a venue to learn, experience and work together without the pressures of a more experienced crew around, men, husbands etc… Yes Ed is on the boat, but has taken a hands off role, as coach and mentor. His wife Roxane, helms while the ladies do all the rest of the crew work. When Roxane is unable to make it out, one of the other ladies takes the helm. In 2011, they placed 5th on Monday night out of about 10 boats in their division, mostly crewed by male crews. In 2012, they placed 2nd overall, and are gunning for first in 2013. We must preface these accomplishments however, we are in the cruising division, racing against cruise boats which are also crewed by mostly inexperienced racers, although many may have more sailing experience. Non the less, we are improving and getting better. 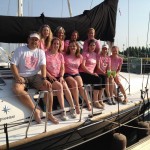 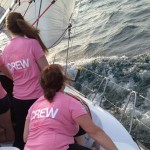 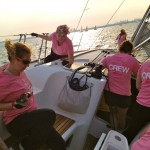 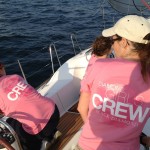 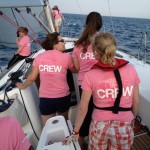 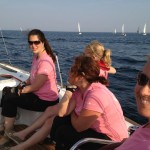 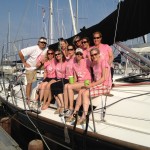